I have a very special guest writer today: 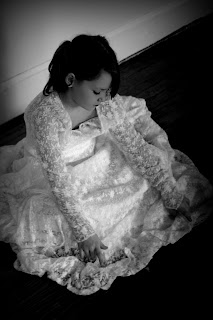 Hi. My  name  is Julia. I  am  Kassondra's  daughter. I am writing about a sweet girl named  Julia. Here 's my story. Once upon a time there lived a girl. Who lived with  her very nice family. She lived in  New York. It was her favorite place because she had a lot of friends there. She played with them  every day. She was the nicest girl on earth. She moved to Europe. She learned English, Spanish and French. She had the best time ever. She became a princess. She fell in love with a prince named  Micheal. Micheal went to go pick some flowers for the princess. The Princess finally got married to  the prince. They lived happily ever after. 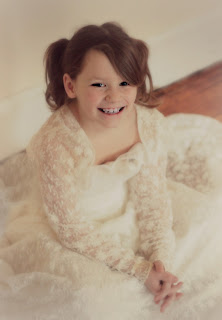 hoped you enjoied her little story. Sometimes I try to find out what is going on in her big head by reading stories she has written and trying to interpret at her drawings. this story I think reveals her desire to travel and learn different languages and ultimately marry a prince.
p.s. she was playing in my wedding dress for these pictures and honestly I haven't seen her that happy in a long time!!!
Pin It