My husband's dream job is going awesome!
Everyday he comes home so happy and excited to tell me about all the cool stuff
he's building/fixing/testing
I am so happy for him!
he's worked so hard and sacrificed so much to get to were he is now
I couldn't be more proud of him!
well his awesome dream job held a special company picnic at Great American Ball park
We had free food and drinks and awesome seats to watch the Cincinnati Reds!
it's been a very long time since I went to a Reds game and I was so excited!
I love sports
Brian is not much of a Sports fan but he was just as excited.
first he introduced/showed me off to all his co-workers
then we ate and watched the game. 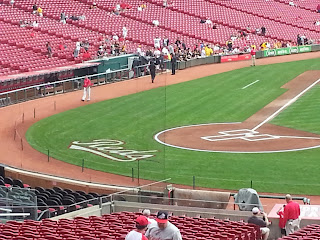 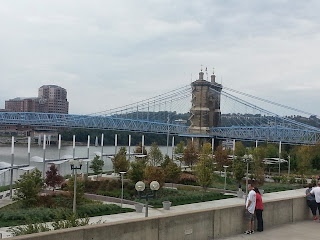 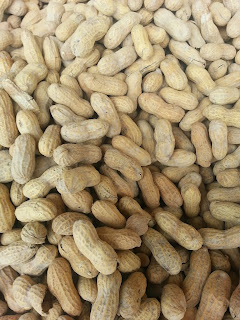 This was an ad we saw on the wall and I thought the picture was so funny because out of 8 kids in this picture only 2 are smiling and looking at the camera. I wanted to write down the guys number just to offer him a re-shoot for a more pleasant picture with his grand kids lol the baby on the left hand is screaming about to jump out of his hands hahaha! 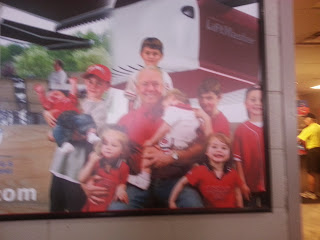 They were filming and I thought it was cool 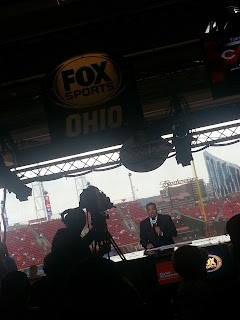 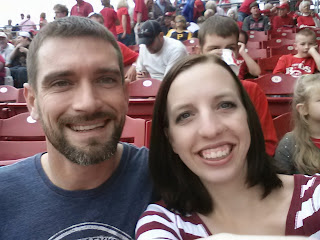 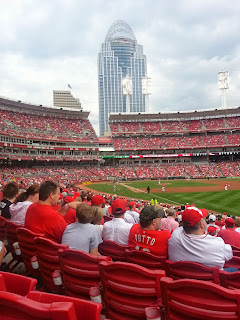 then it started to rain so we went under the roof for a bit and waited it out. 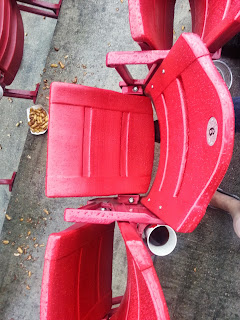 The Reds lost but it was still so much fun
and it really isn't that big of deal because we are in the playoffs and this game technically didn't matter.
Go reds!!

Update** we lost the play off game too :( owell it was a great tear and next year will be better!
Pin It