When Photographing Newborns you need lots of patentss and time!
When I first started working at Sears portrait studio 6 years ago (can't believe it's been that long!)
A family came in to get pictures taken of their ten day old son. The dad was determined to get his eyes open in ALL the shots! I knew that was not going to happen since we have a lot of studio lights, flashes and plus the baby was TEN DAYS OLD! all he wanted to do was sleep!!!! The dad eventually gave up and the mom was beyond thrilled with the sleeping baby in her family portrait so to me my job was done :)

When I post a picture on the internet, don't ever think I am some miracle worker and got that shot on the first try because that very rarely happens. There is usually about 10-15 outtakes of me trying to achive the look I want.
I thought I would share today the outtakes to get my shot of lil' stella in her watermellon outfit.

She still has very little control over her hands and they kept hitting her in the face! 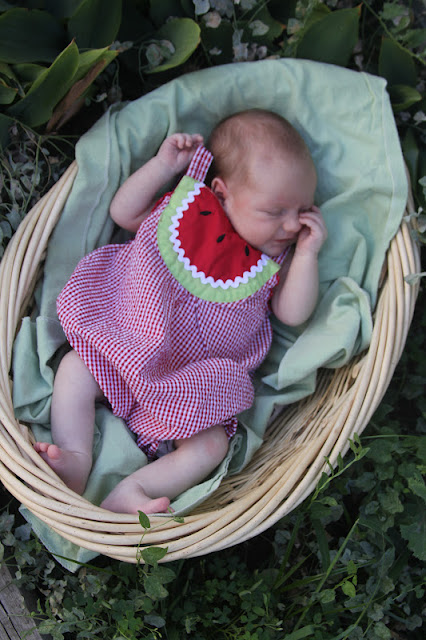 Then she decided she was hungry and started to suck on her hands. I thought that might be cute of her sucking on her thumb but each time I would go to snap it she would pull her thumb out and start crying. 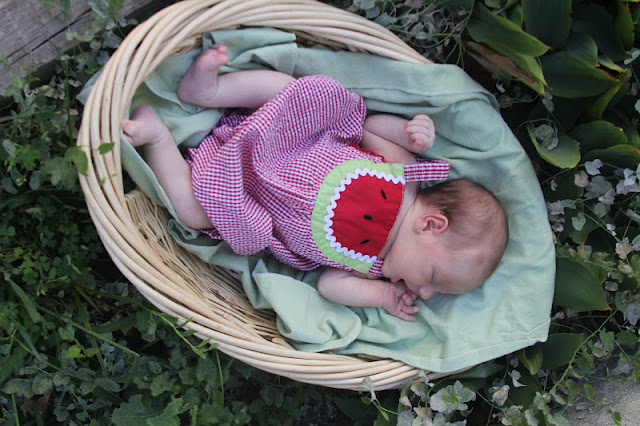 Then she had it! she wanted to eat right now!!!! 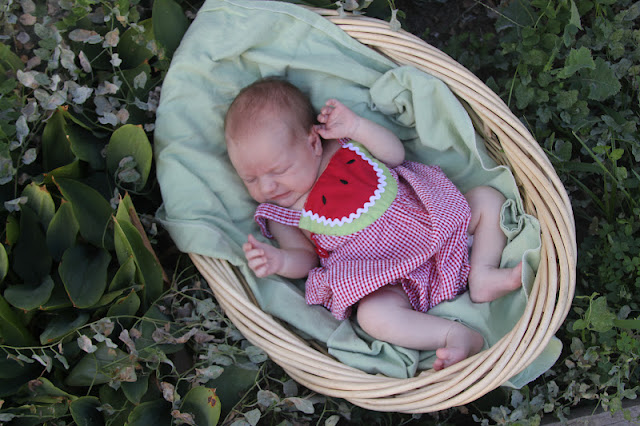 So we took a little break went inside and filled her tummy up.
Afterwards she was a sleeping posing angel! 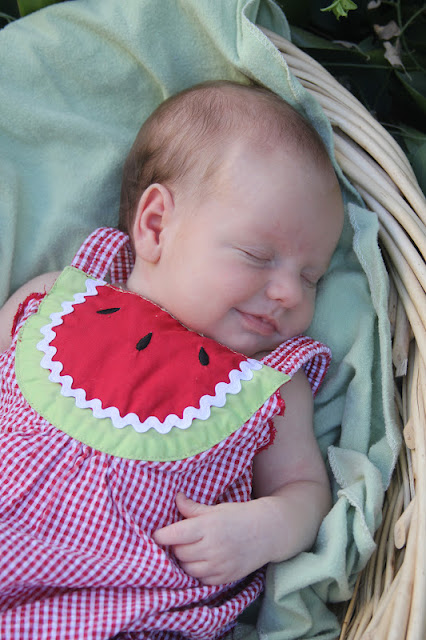 Now I know it's probably because of gas and I might be a little bias but my baby has the sweetest smile ever!!!! 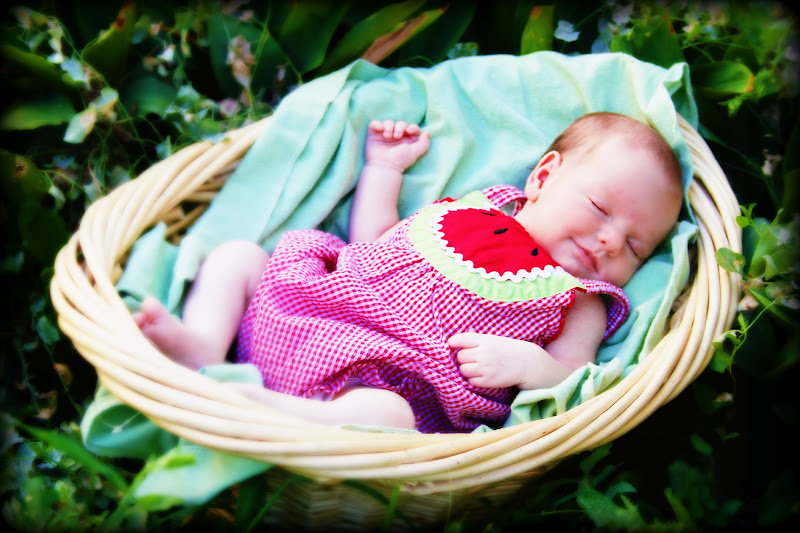 this onsie idea was at the store and I had to make one for my little girl.
I thought it fit her perfectly! 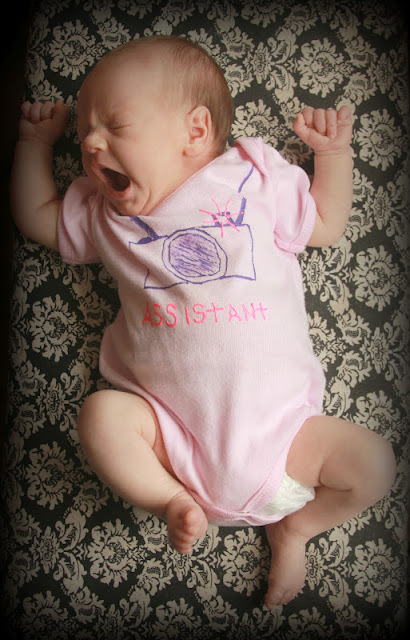