After many prayers, hard work and planning Richard is in America!!
He is mainly staying in Chicago where the board of trustees are for Cove Alliance but he got to sneak in a little weekend visit to us down here in Cincinnati!
First on our agenda was Mass on Saturday night. Then we all headed over to Karen Sue's house for a Traditional America Thanksgiving dinner. 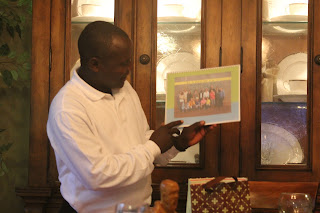 I was racking my brain trying to figure out something to get Richard for a gift. Everyone suggested some sort of picture. So I came up with a calender and included pictures of my family and the families of the others that went on our trip to Uganda last summer. 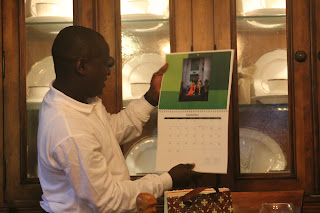 Traveling with Richard were three of the most amazing women I have ever met! Darlene (co-founder of Cove) Nina (her sister and supporter of Cove) and Carolyn (The funniest lady ever! plus she does a lot to support Cove too)
This is my Uganda Family! I love them all so much! 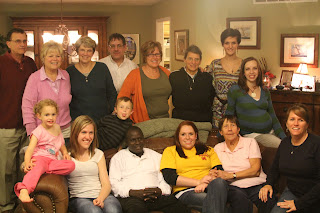 The next day we planned on taking Richard around Cincinnati and show him our city, but the weather wasn't all that great..... so we took him to a butterfly show! (indoors) 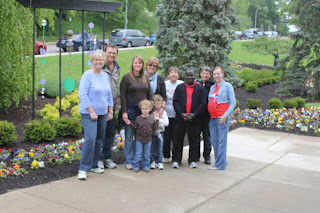 Afterwards we got lunch at Cincinnati's own Skyline! 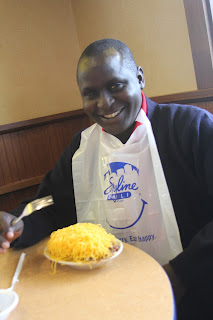 The rain held off so we walked around a Park that overlooked the City. They also had a pond filled with Ducks! Richard has never seen Ducks before. He was like a little kid feeding them! one even let him Pet him on the head! I have seen ducks my whole life and not once been able to pet one! 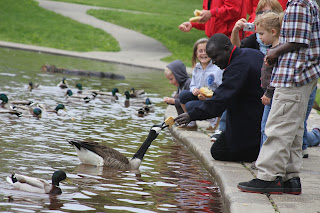 Later I headed back home to help my husband get the girls ready while Richard went to a Soccer game to watch Kim's son play. Soccer is Richards favorite so we knew he would enjoy that.
After the Game we all met back up at Dan's house for a grill out. 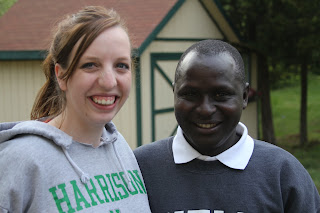 It was the perfect weekend!  I am so grateful! I can't say enough about how wonderful it was to spend it with people that are just full of so much Goodness! I promise to give more details through out the week!
Pin It
Newer Post Older Post Home