The Julia thought long and hard about what she wanted to be this Halloween. So when she finally decided to dress as Rapunzel I knew I had to make the best Rapunzel EVER! I found this idea to making a wig on my good friend Google. it was super easy but took a long looooong time!

first I got a NEW pair of panty hose. ($0.99 at the dollar store) had her try it on then tied the legs together in a Knot. 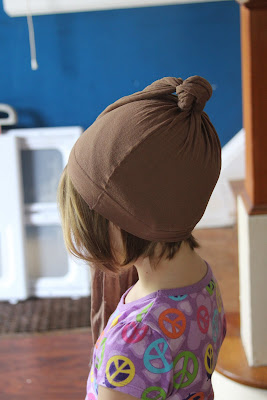 next I cut the extra leg space off. 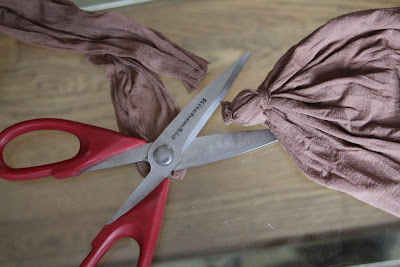 here is the long part! I measured out how long I wanted each piece of hair and sewed it to the panty hose. It takes so long because there is a lot of space to cover! 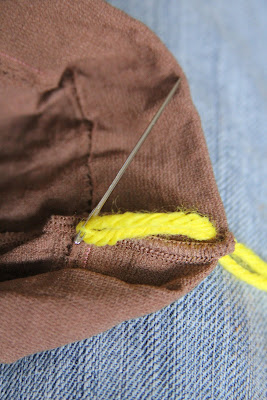 Originally I was going to use all yellow but quickly I found that my yellow was running out so we used white tan and orange. it wouldn't be a project made by me if it didn't have a little quirk in it. after three weeks of adding more and more hair I was tiered of looking at it! lol I put it on The Julia: 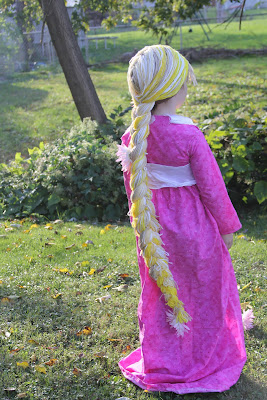 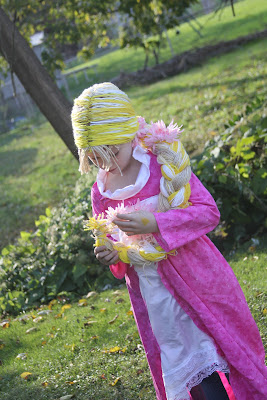 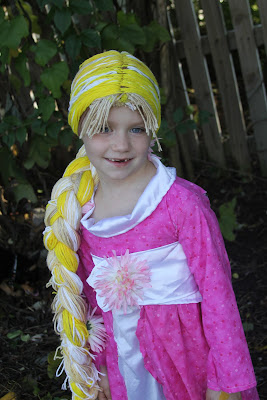 The only problem is now I added a new thing to argue about in the morning. She tries to sneak it on her head as she's walking out the house to school.
I'm glad she loves something I made. That makes all the sewing well worth it!


P.S. I also made the dress but It's way to beyond not perfect for me to share how i did that. lol but it will work for trick-or-treating
Pin It