Jack in the box

Miss Belle has been having a rough couple of weeks. She's going on her 7th double ear infection!!
We scheduled to have tubes put in her ears but she has to get rid of the infection first. We are now on the 4th form of antibiotics and she only seems to be getting worse :( So to say the least I have been one worried and stressed out mommy!

Brian's Grandma is probably on the boarder line of being a hoarder. (you know those people from the show) She "saves" a lot of things! But she wants to get rid of them and by getting rid of them I mean she's trying to pass them on to me!!!!!! Some of the things I smile say thank you and then drive it to goodwill, But I couldn't get rid of this old jack in the box!
She said it was Brian's when he was a baby and he loved to play with it. 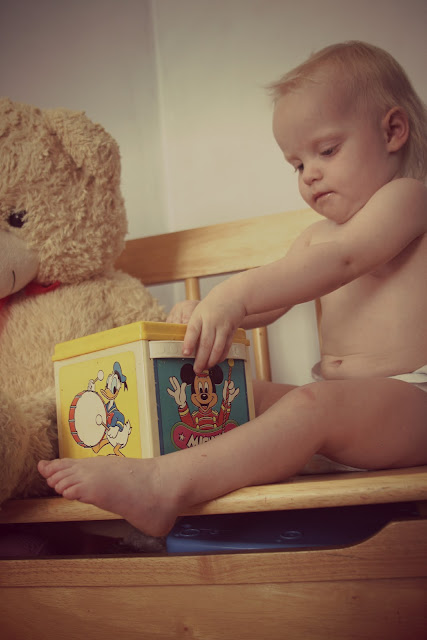 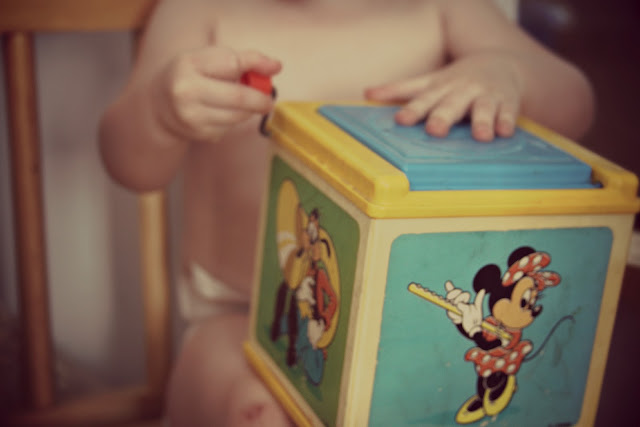 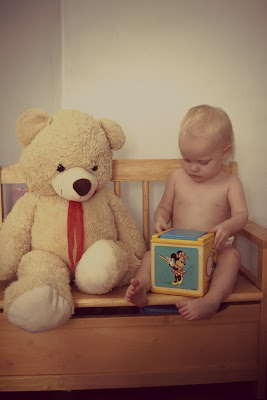 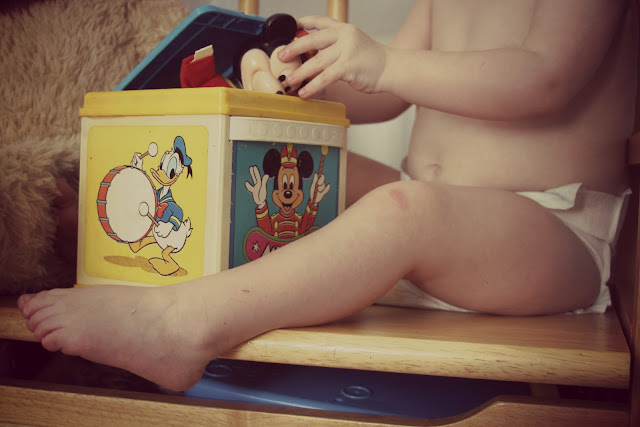 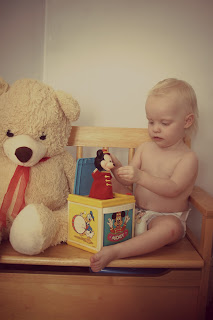 It's old and only works some of the time, But I could not think of donating the only things brings my poor sick baby girl a smile. 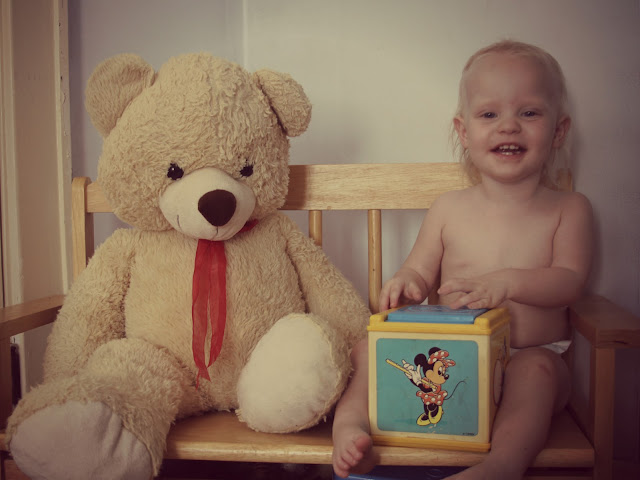