saying Goodbye to my Grandma

"the Cancer is back and there is no cure. she can fight it with Chemo but that will mean her last year of life will be spent with lots of sickness, and hair falling out, doctors appointments and medications. or we can let nature take it course and we will make you as comfortable as we can and you might have 3 weeks left to say your goodbyes." 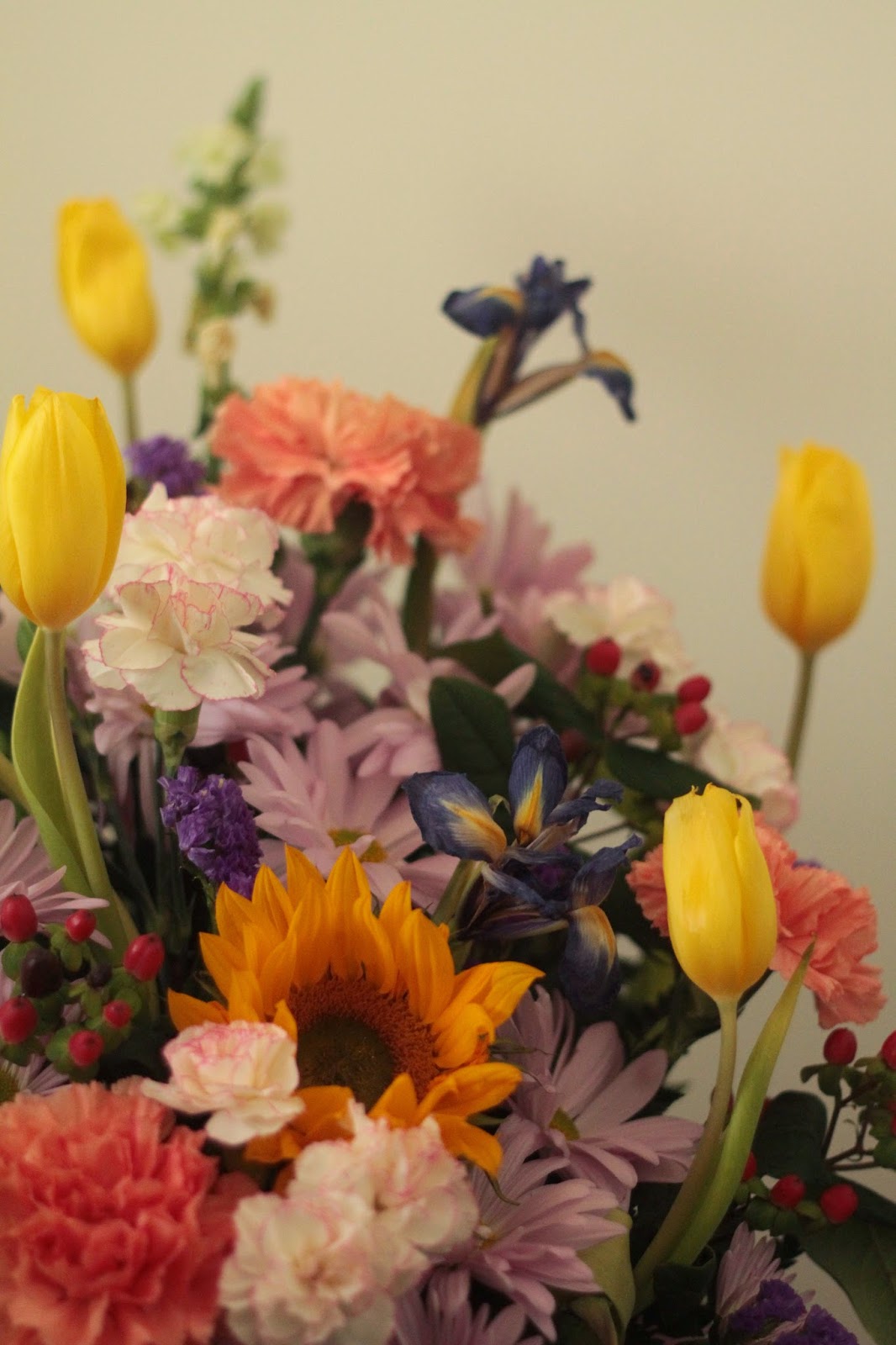 Brave.
That is what my Grandma was.
she wanted to fight but was also so very tired
So she choose to let God decided what would happen next. 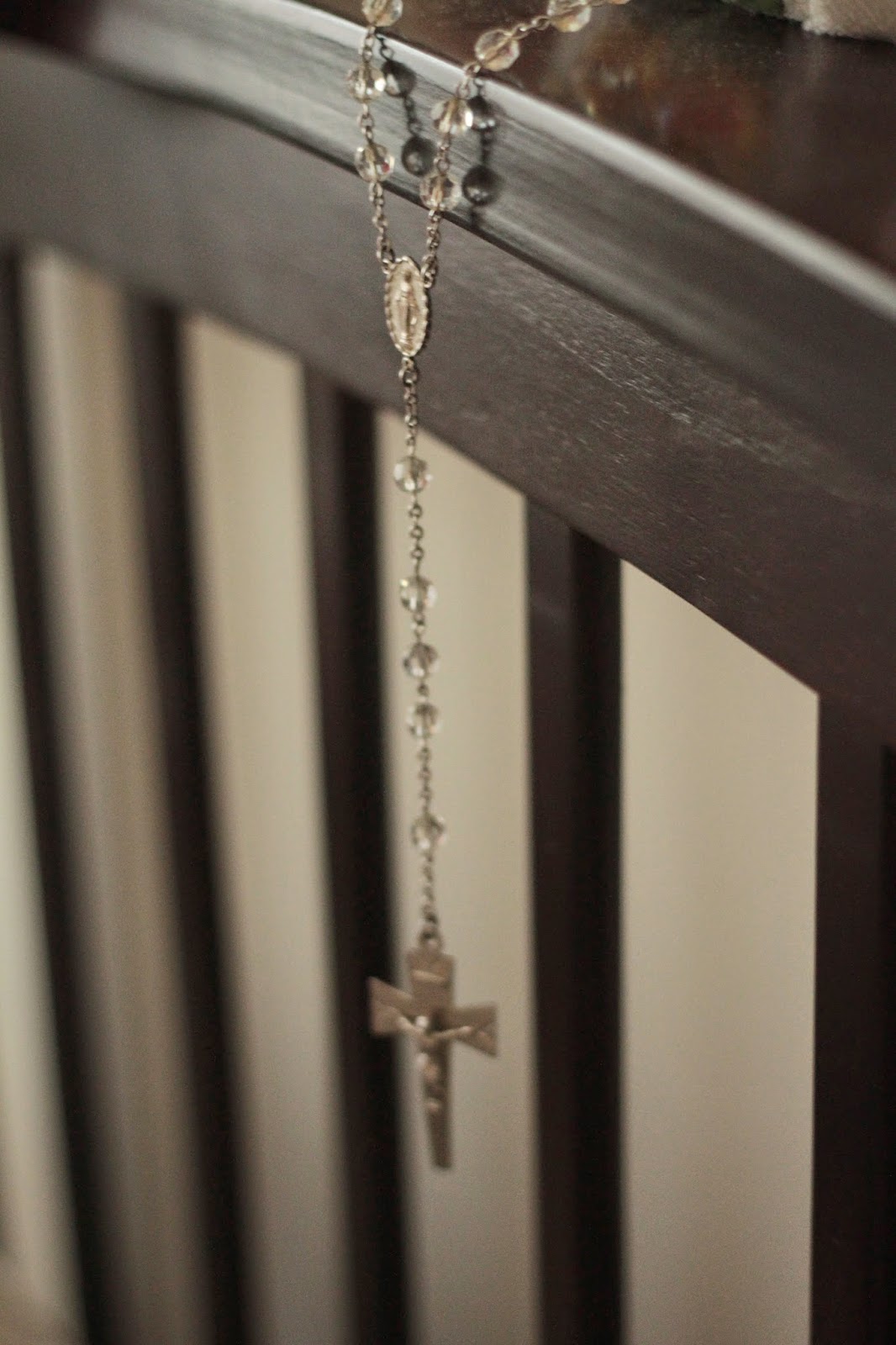 he gave her 3 extra months!
And I am so thankful he did
because I believe she got to close every door in her story.
even the really hard ones that she probably never thought would come together
they did.
hurts from the past were forgiven and she was able to say her peace and just love on everyone she loved.
because one thing I will never forget about my grandma was how fierce her love was.
it defined her.
she kept friendships from early childhood all the way through to the end.
She always had so much pride for her children
and her grandkids always felt like they were the favorite. 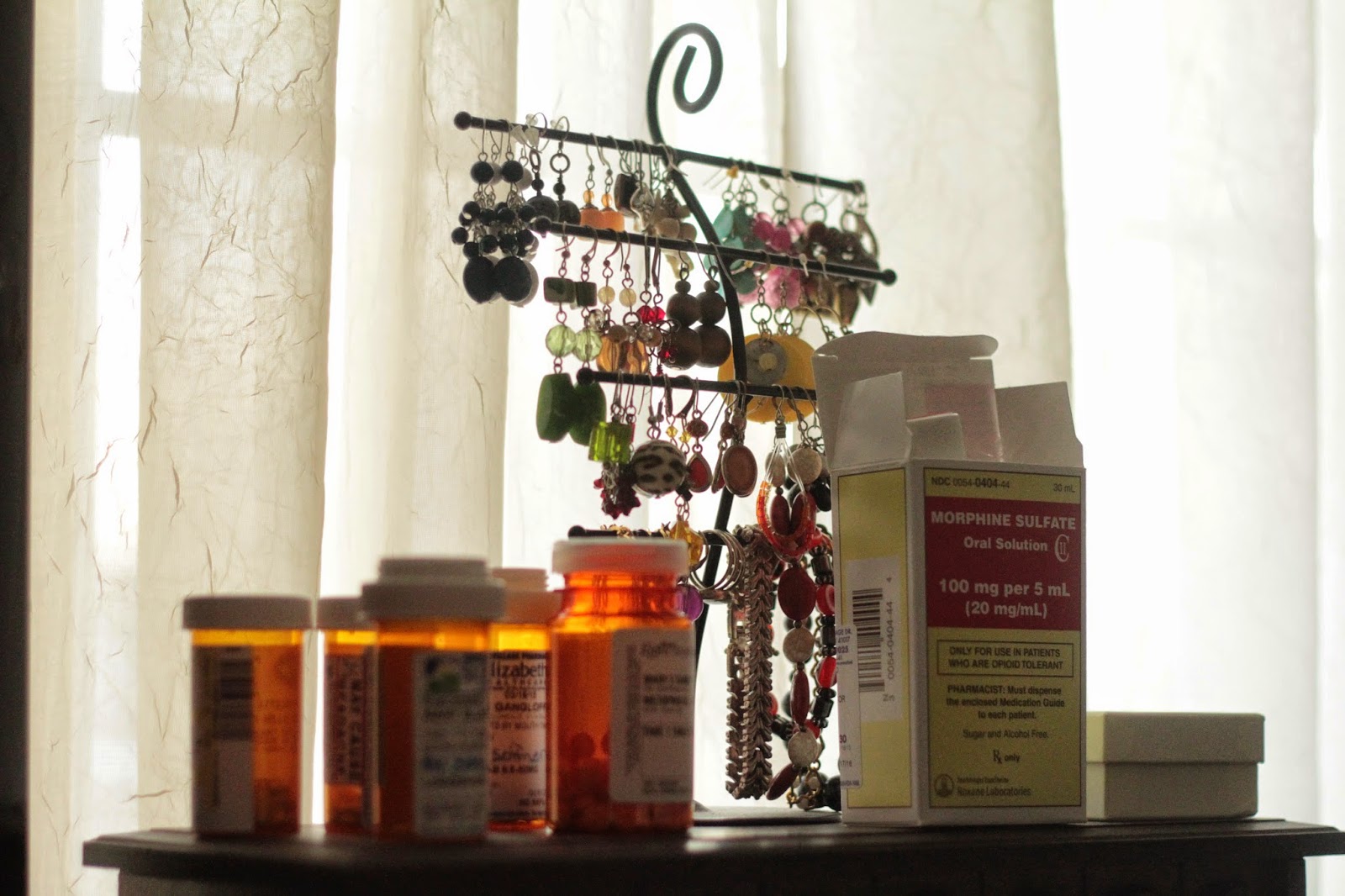 She was a quiet lady
very graceful and always put together.
she lived a simple but awesome life
not so much one that a Hollywood producer would pay big bucks to make a movie of.
but one that most dream life could be.
she had a loving home she was raised in with her parents and brothers and sister.
lots of neighborhood friends that played in the street long after the sun went down.
she married her first love and built a life together. She gave him 6 children and he worked hard so she could be a full time mother to them and any of the kid's friends. My Grandpa was head over heals for her, and spoiled her rotten!
only the best for his bride. new homes, new cars, dinners out, trips, jewelry. and he was her whole world. they raised their children and then started on a new journey of being Grandparents and retirement.
but then my Grandpa passed away suddenly and she was devastated.
It was a very hard thing for her to move on from and I think in many ways she never did.
His time on earth was over but she still had work to do. 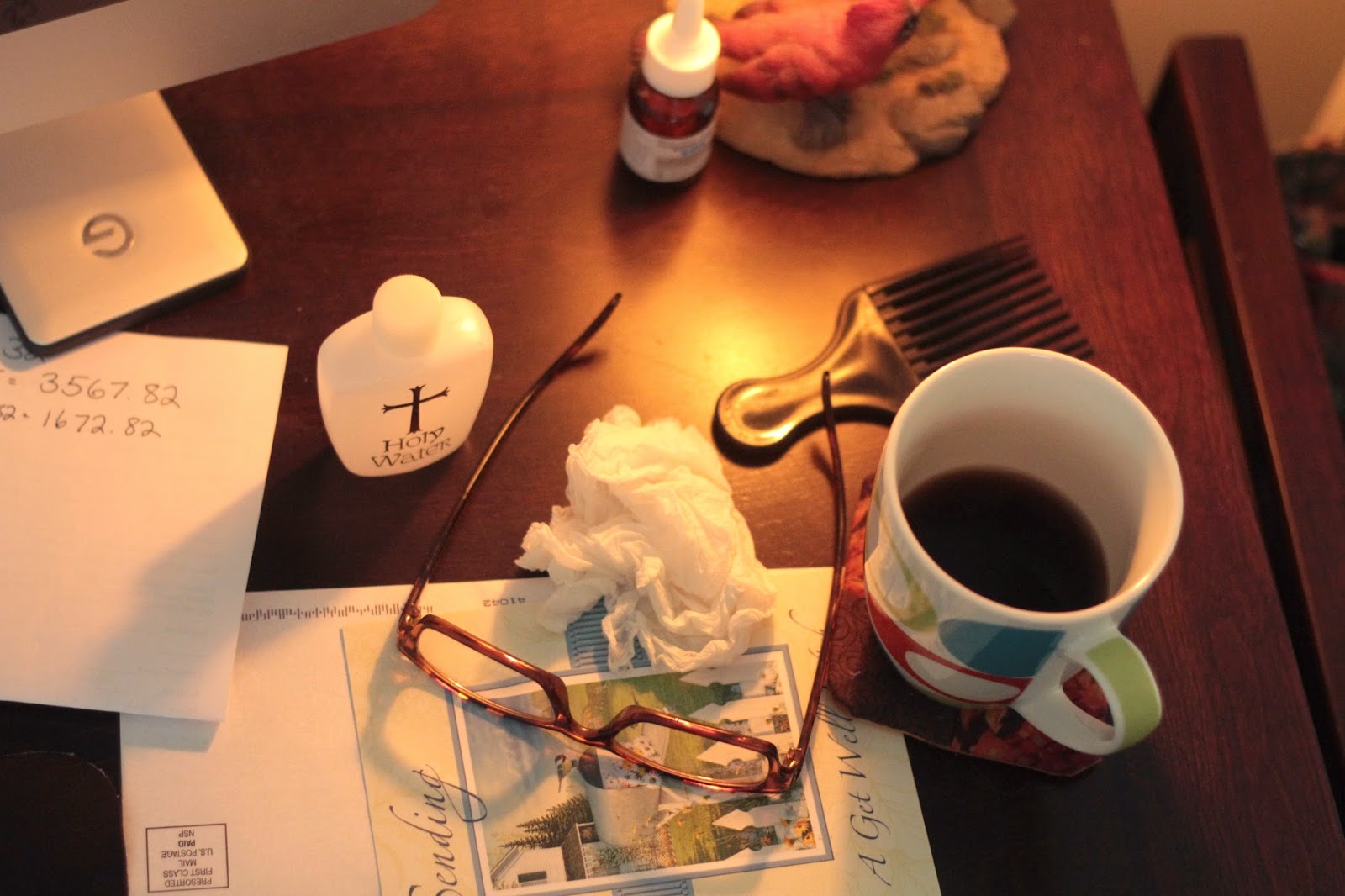 My parents went through a bitter divorce and I sometimes felt stuck in the middle.
so Grandma's house was my refuge.
she would be my listening ear. We would go out to dinner, shopping and sometimes she would take me to a beauty salon and let me get my hair done. Then we would go back to her place and stay up late watching old movies. Gone with the wind, the sound of music, Alfred Hitchcock movies and many more! After we would lay in her bed talking and listening to Delilah on the radio, that was if the reds were not playing. she loved to listen to the Reds on the radio.
I was over her house so much she gave me a key. and in fact I still have it on my key ring even though she moved in with my aunt years ago. it's just was a reminder to me that Grandma's door was always open. 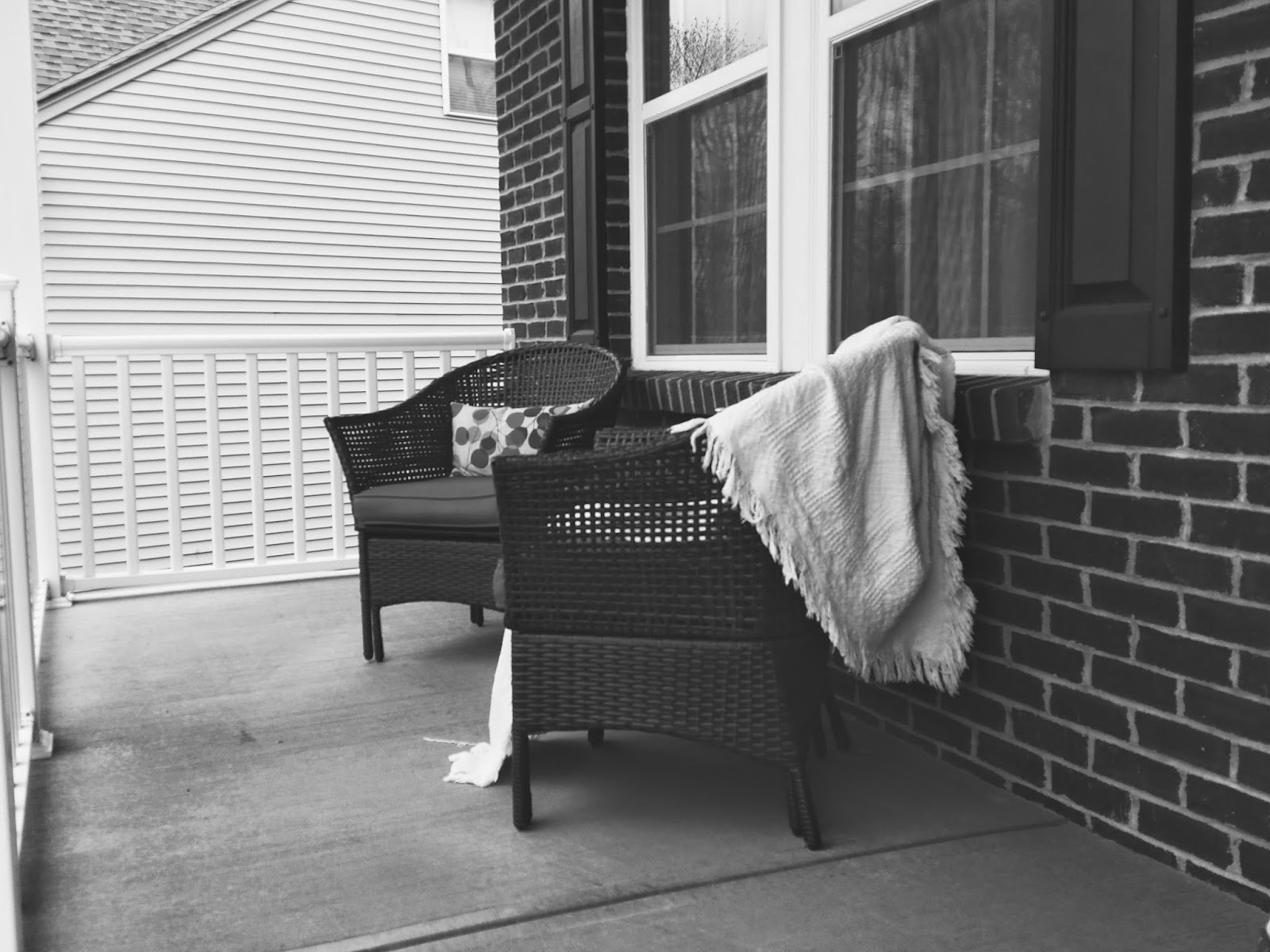 and I feel like I owe her a lot of money for being my on call therapist.
I went to her when I was upset about boys or friends in high school
when I learned how to drive and I wrecked my first car
when I was nervous about dating a guy with a kid
getting married
was stressed from all the things we went through to get custody of Julia
she was the first person I told when I found out I was pregnant with Stella
When I was worried about motherhood and needed advice on how to handle all the demands
when Me and Brian went through a rough patch she was there
she was always there.
every big event Grandma was always the person on the top of the invite list.
How do you say Goodbye to someone like that? 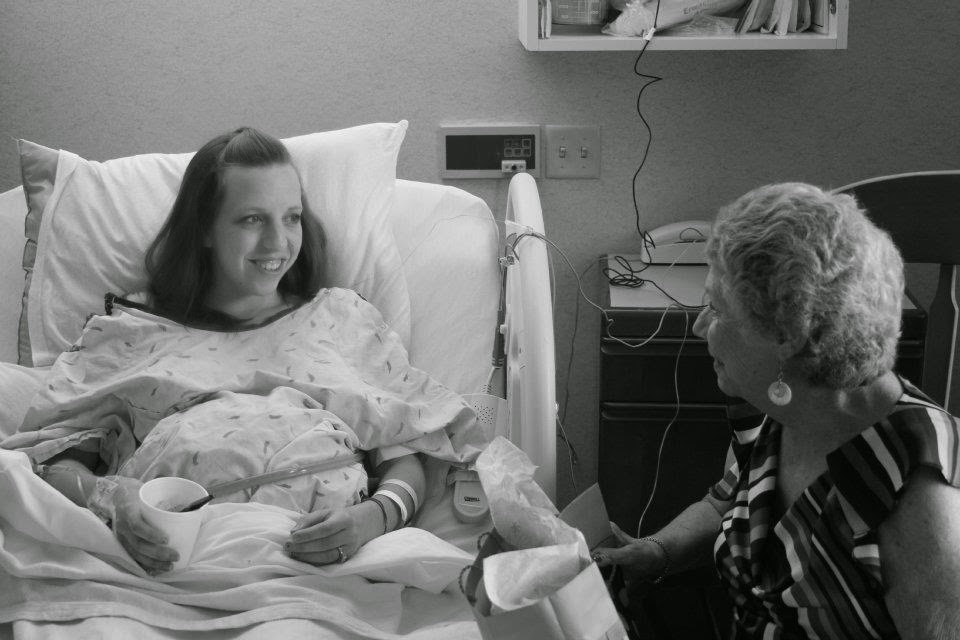 I don't think I have fully processed everything that happened but I feel honored to have been there as Jesus took her up to heaven. I walked in the room and she opened her eyes. my aunt told her I was there and then she seemed to go to sleep. surrounded by family members my mom said her pulse was slow and then it stopped.
Death never scared me. I look forward to the afterlife. I believe no one is taken too soon. I believe we all have a purpose here on earth and once our purpose is done God takes us. I am only sad for those left behind that have to mourn and miss the one gone.
My grandma is out of pain.
she is with her God who she lived to serve everyday she was here.
She is able to finally talk to her parents again
and I know with out a doubt my Grandpa is not keeping his hands off of her and I think for once she isn't going to swat him away and say "that's enough Bob!"
I am so happy for her. 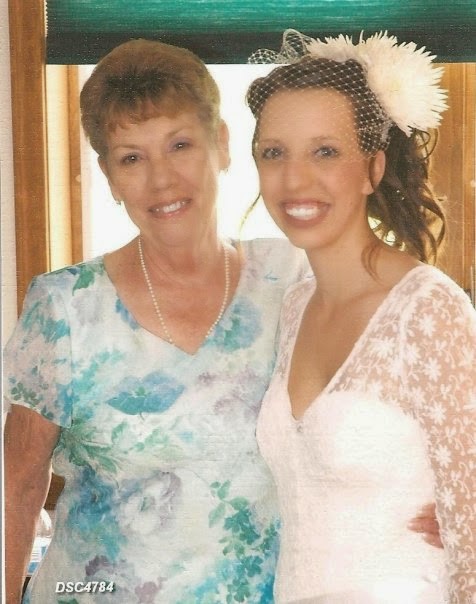 I made this for her.
and I was able to make her cry happy tears one last time
I love you Grandma.