Visiting The Wall that Heals

Visiting the Vietnam Memorial wall in Washington DC was by far the most powerful memorial I have ever been to. And I have been to quite a few.
2017: 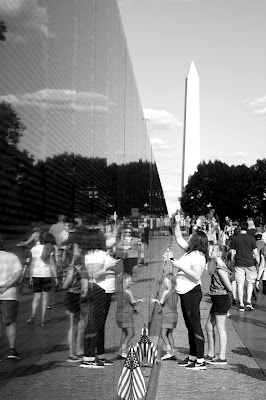 My sister asked if I would be interested in going to see the traveling replica when it made a stop in our hometown over the weekend.
I honestly wasn't interested.
I just didn't think it would compare to the real experience.
But because my sister asked me
and truthfully my sister could ask me to do anything and I would do it lol
so we went
Well let me tell you I am so glad we did!
The Wall that Heals
it lives up to that title.
to see actual names of soldiers that made the ultimate sacrifice.
it makes it all more personal and real. 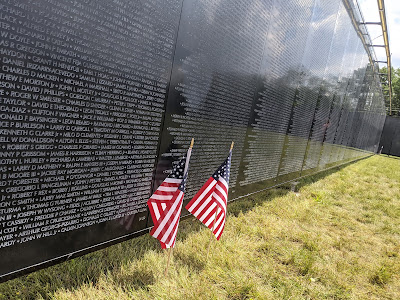 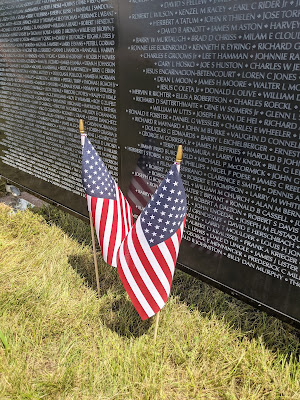 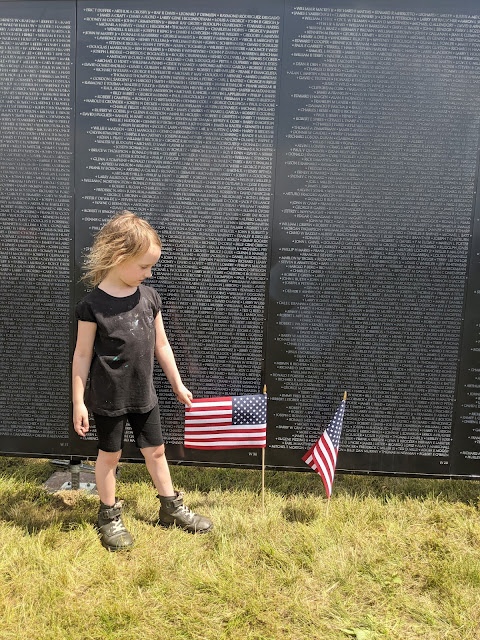 We researched a few details about the wall and learned
the diamonds in front of a name means their body was recovered.
If a plus sign is in front
it mean they are presumed dead but have not recovered a body.
This was another detail that just made things all more real for me. 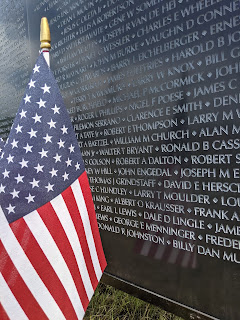 My grandma had a cousin that was drafted into the war. When we went to Washington DC back in 2017 she had asked us to get a picture of his name on the wall.
We did then but wanted to find it again at the Wall that heals.
I never met him and only seen the one photograph of him I believe in existance and it just happens to be during his time in Vietnam.
I know his passing made an impact on my grandma and because of that he had to have been someone special.  Being able to see his name and say a prayer of thanksgiving for his sacrifice is something
I don't take lightly to have that opportunity to do.
Especially considering a lot of his family members never did get that chance. 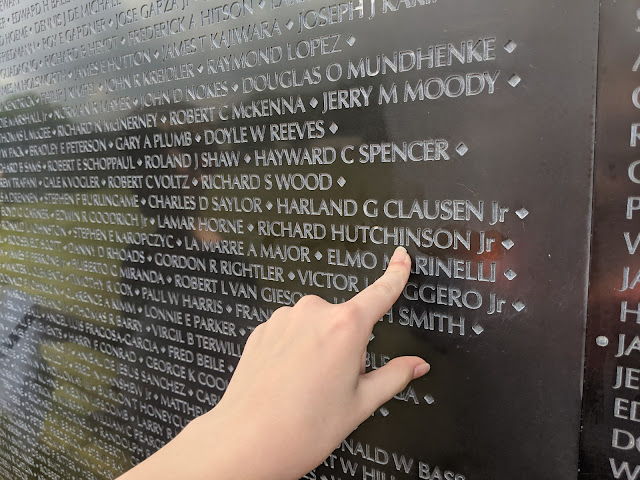 We also saw names of other local soldiers on the wall.
This war was so brutal, sad and ugly.
When you are standing in the middle of the exhibit and you see just how many names there are. It's hard to not feel anger at those at top for continuing to let the war happen.
we noticed a poem that was written by a mother of a daughter who lost her first love to the war in Vietnam. It was heart breaking but such a beautiful gift of remembrance.
I appreciate her sharing that with us.
again making it impossible to ignore his name, his story, his impact. 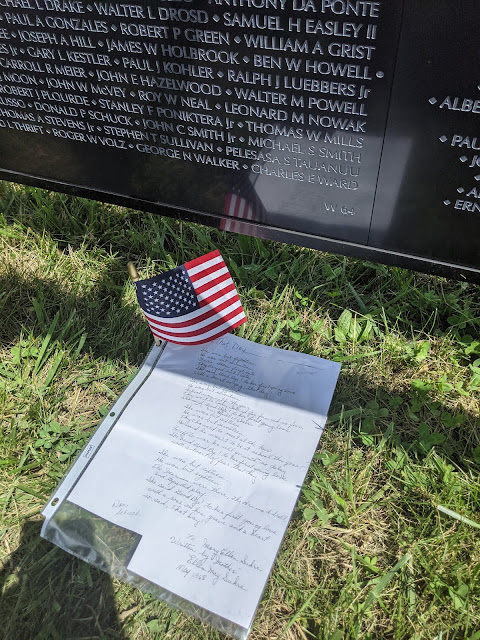 Off to the side of the exhibit was a trailer full of items that have been recovered from the wall in Washington DC that was left by family and loved ones.

This part had me in tears!

Again at first thought of a wall of names.

it doesn't seem like that big of a deal.

but when you learn the wall is in order of those that were killed from start of the war to end, some are still missing, they had names, family, friends but truthfully they had a whole life they hadn't even gotten the chance to start.

I know our country seems to be at a boiling point and there is so much hate and anger and mistrust.

I truly believe we can learn so much from history. we owe so much to those that fought for our rights to even have debates and live in this free country.

Why not start healing together and saying thank you. Learn from each other. listen. respect.

have sympathy for those that lost everything.

Here is the website for the traveling schedule of the wall that heals. I highly recommend going when it comes to a location near you.